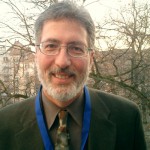 Charles S. Grob, M.D., is Professor of Psychiatry and Pediatrics at the Harbor-UCLA Medical Center. He is one of the rare breed of scientists that was allowed to conduct studies with empathogens and psychedelics in the recent years. In his case he was able to work with MDMA, Ayahuasca and Psilocybin. He published two
books (“Hallucinogens” and “Higher Wisdom”), that allow readers to dive into the  knowledge of emminent psychedelic researchers. We interviewed him during the “Spirit of Basel”-LSD-Symposium celebrating the 100th birthday of Albert Hofmann. 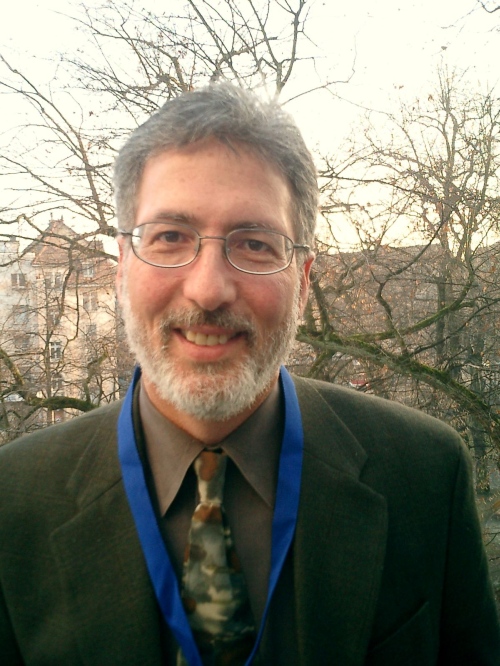 adh/az: What kind of studies did you conduct with MDMA?

adh/az: What was the reason for changing from MDMA to psilocybin?

CG: We were permitted to do a study with MDMA with normal volunteers, which we accomplished. It took a couple of years to do that. By the time we were applying again for approval to do a study with cancer patients, the field had become much more sensationalized, and also
recreational use had become more widespread among youth in the U.S.. By then the neurotoxicity issue had also become very politicized, so we decided for that reason and also because we felt psilocybin would be physiologically gentler and safer than MDMA in patients with serious medical illness, to switch our application from MDMA to psilocybin.

adh/az: Did you follow up the discussion about the neurotoxicity of MDMA?

CG: Yes. The neurotoxicity issue was flawed by very poor methodologies, statistical errors, manipulation of the data and conclusions that are not warranted. The conversant study of George Ricaurte has a number of flaws.
adh/az: Is there in the scientific community a discussion of the results of Rainer Thomasius, reputed in Germany for his “ecstasy” studies?

CG: They say he does the same as George Ricaurte has done manipulating the data. Some scientists are searching for negative data, because that’s the way they get funded.

adh/az: How high are the psilocybin-doses that you use in your study? And what kind of psychotherapy-model do you use?

CG: We got an approve for a modest dose of 0,2 mg per Kilogram (equivalent to 14 mg for a 70 kg-person). Later I hope to climb up to 0,3 mg per Kilogram (equivalent to 21 mg for a 70kg-person). As a preparation we inform the patient about the study. We know them and they know us. The session itself is based  on the model of Stanislav Grof, mostly just guiding the patient through the experience. They lie down, put eye-shades and some head-phones attached to a CD-Player on. I just encourage them to go deeply into the experience. Every hour I check in, controlling the blood pressure and asking how they are doing. Some people may want to sit up
and talk about the experience but after a while I encourage them to lie down again. There is a lot of time for talking after the session.

adh/az: So after all the years it is still the almost 40-year old work of Grof guiding the therapists using psychedelics?

CG: Yes, he wrote and spoke more effectivly than any other I am aware of.

adh/az: You did research on the UDV (Uniao do Vegetal) in Brazil, one of three religious communities that are allowed to take ayahuasca as a sacramental drug.

CG: Yes, and I was surprised how well the people are developing. Their psychological testing was very good. In fact on certain measures they performed much better than the control group. Their personality structures looked very healthy. Some of them have had several pathologies in the past, like alcoholism, drug addiction, serious mood regulation disorders, and the current assessment was quite healthy. And all these conditions appear to be in remission. I would like to do a study which analyses the use of  ayahuasca in the treatment of alcoholics and drug addicts.

adh/az: Do you think the methods of the UDV can be an example for the sensible
use of entheogens?

CG: There are aspects of this religious group which are unique for Brazil. So for the brazilian culture it works very, very well. There are efforts to transplant it into the USA and it is more controversity here, but I think the proof is in the outcome. Many of the people transform their lives in a positive direction. There is great potential in our culture to examine how it might incorporate religious structures who use psychoactive sacraments.You need a ritual context to get good results. The compounds of ayahuasca alone might be not enough. More than other psychedelics ayahuasca is group work medicine.
adh/az: How far can we go in using psychedelics or entheogens? Are they really necessary in our society?

CG: Our cultures are in great crisis in social, economic and ecologic prospect. Horrible wars are going on. It is a very troubled world we live in. Psychedelics offer the potential to send some light and facilitating the
healing process. They have the potential to play an important role in the future going back to the planetary roots which have been damaged for centuries. This work is exhausting but a foundation for the generation
following us. To awaken for this potential accepting, open, legally  protected manners is important. Perhaps the shamanic model is providing a strong container for psychedelics.

adh/az: The shamanic model and the ritual model of groups like the UDV depend on the responsibility of their leader or leaders?

CG: Yes, that is a problem. His ethics have to be at the highest level. There is always a risk getting to people, setting themselves up as the all-knowing, all-wise gurus, who misuse and abuse their patients or followers. In the jungle of south america a lot of disreputable ayahuasceros are in it for the money. And in the western society this
problem will be getting worse, because of the seductions of the modern culture.

adh/az: You just edited a book called “Higher Wisdom. Eminent Elders Explore the Continuing Impact of Psychedelics”. What can the elders teach the psychedelic greenhorns?

CG: First, the elders of the psychedelic movement have great stories to tell, because they were the pioneers of a fascinating time in history. Second, people from one generation to the next don’t have to reinvent the wheel. Everone should learn from the lessons of the past. This is one problem of our culture, forgetting the lessons of the past and we keep making the same mistakes in the future.

adh/az: Which leads to the mistakes of the sixties.

CG: Sure there were mistakes. Pretty wild, pretty out of control. Efforts to create safe protected structures failed. In part because the culture wasn’t ready. Things got crazy and out of the hand. There were cases in which
unprepared people took very powerful drugs in an inadequate context without people supporting them, perhaps mixing it with alcohol or other drugs. People really didn’t understand to safeguard the experience. They looked
at it as a recreational drug which LSD and other psychedelics are not. These are powerful therapeutic tools, powerful transformative tools, powerful facilitators of religious experiences.

adh/az: Is for example Timothy Leary still a cultural hero for you?

CG: For me personally? Well, he is a fascinating figure. I met him on several occasions and was impressed by his intelligence and his sense of humor. And he articulated the concept of set and setting very early. But Tim
Leary also had a tremendous need to be in the spotlight, to get attention. Also he was a provocateur and had an animosity towards the establishment. This perhaps unneccessarily alienated parts of the culture that might have been potential allies. He wanted it all as soon as possible and for all the people. Beside that if not Tim Leary someone else would have filled that role. He is a tragic figure.

adh/az: Aldous Huxley preferred it the other way round.

CG: Yes, his concept was to introduce these drugs quiet and slowly to the leaders of the society, than there will be a ripple down effect. Leary thought that everone should have this experience.

adh/az: How would you define something called the psychedelic movement?

CG: There are young and old people who strongly identify with the counterculture of the sixties or the experience they had with psychedelics. From their perspective it is neccessary to stick together and build something like a community with analog values. The psychedelic communities from the sixties never died of and the rave and techno scene is anoffshoot of the psychedelic movement too. 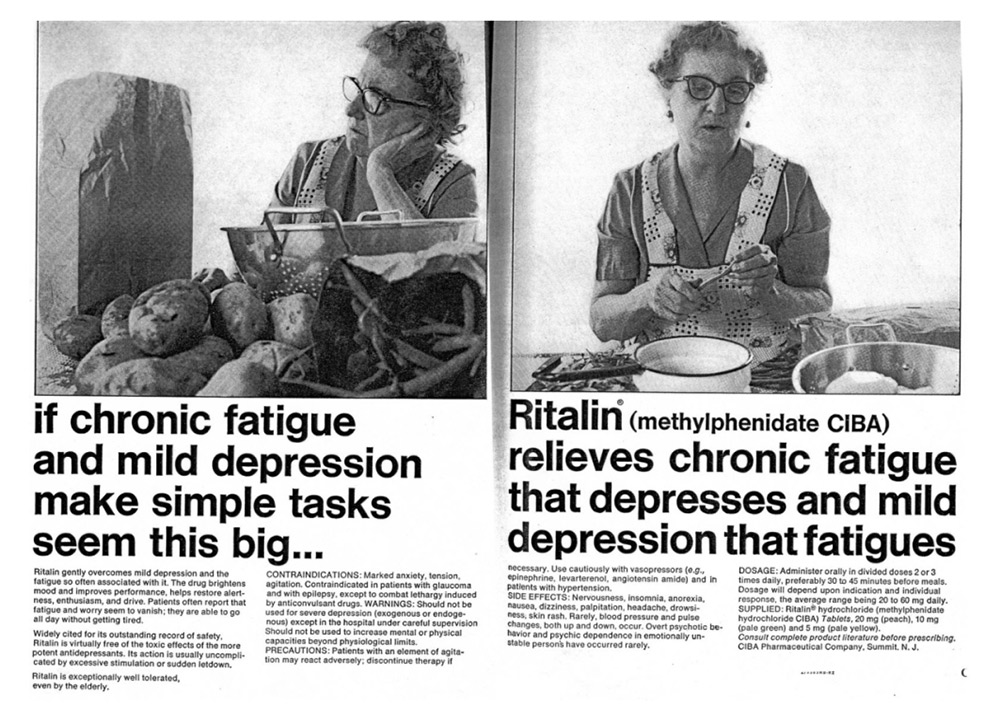